Le Grand Départ! On the 4th of July the 102nd Edition of the Tour de France will be in Utrecht. Reason for Tour des Arts to decorate the bare walls of buildings along the route with painting by young Utrecht artists.

The idea? Artistic paintings on buildings, inspired by the Tour of course, to draw attention to the suburbs as well as Utrecht to present itself as a creative city.

Initiator Marijke Lieuwens about the project:

“In addition to a lasting memory of the Tour, the works of art are a way to decorate the outskirts of Utrecht. The city centre is prepared for the Grand Départ and already very nicely decorated. With this project we want to add colorful highlights to the suburbs. ”

The Tour des Arts project is an initiative by established creatives of Utrecht and is being carried out without any financial support by the city but made possible by enthusiastic sponsors. The sponsors donate paint and locations for the works of art. 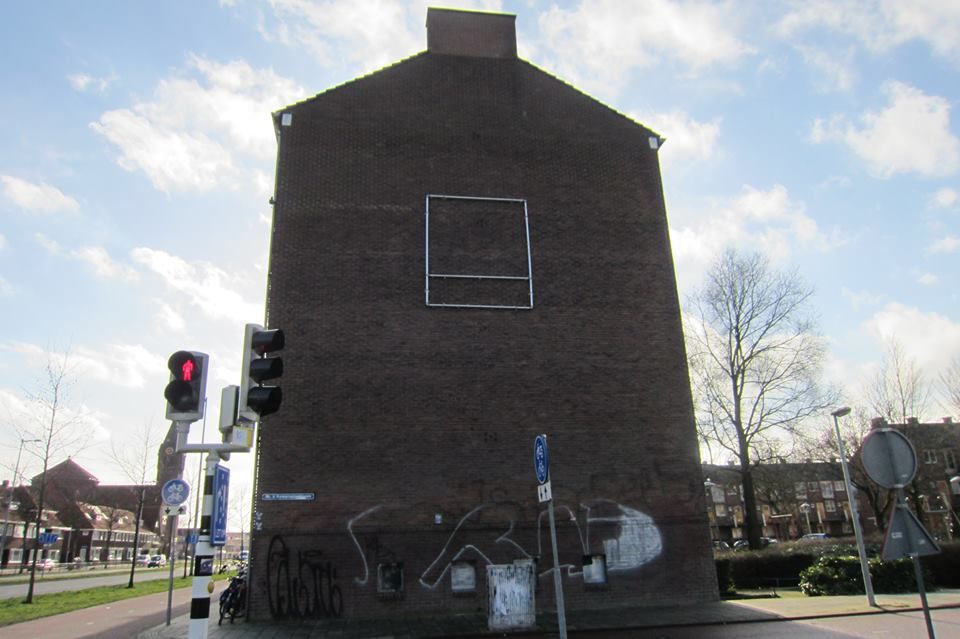 Various walls along the route will be painted by young artists from Utrecht. What and where is a secret, but the first mural, the largest, is already in full swing. Want to have a look? Then you should go to the corner of Thomas à Kempisweg and Cartesiusweg. The drivers make a sharp turn here before they cross the Spinoza bridge to Leidsche Rijn. On the large, blank wall of about 12 by 16, you can see the young Utrecht artist and cycling fanatic Daniel Roozendaal working on his painting on the scaffolding. The design? The portraits of none other than the only two Dutch tour winners ever: Jan Janssen and Joop Zoetemelk.

On July 2nd at 14:30 the first work of art will be officially opened by the tour heroes Jan and Joop. Looking forward to more? For info on Tour des Arts and locations check the Facebook page www.facebook.com/tourdesartsutrecht 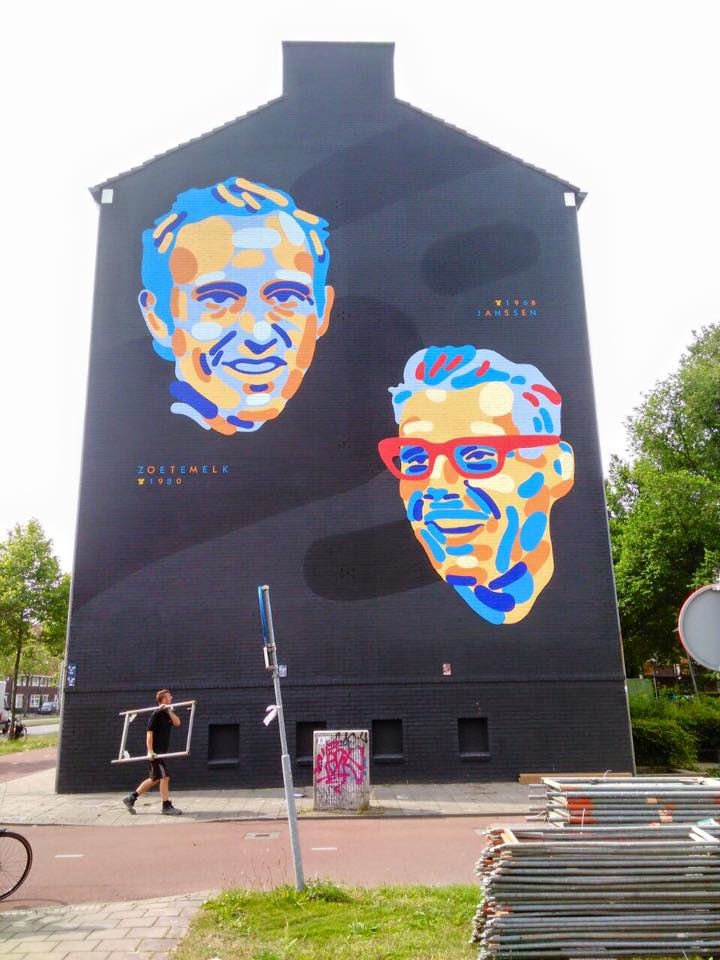