Every Friday, Femke van der Rijst and Esther van Keulen are at the Plant Asylum together. Here, discarded room plants get the chance to bloom again and to be adopted, thanks to these ladies’ green thumbs and love of nature. ‘It’s a deep need that makes me happy.’

How it all started

Three years ago, the Plant House looked very different. ‘It started in my living room. That was really one big jungle. There are different reasons why I started it. Also a bit for my own sake, I really wanted a house full of plants. But especially the feeling that I’m contributing something to the re-use, the circulation, that gives me satisfaction. Making people conscious of the fact that a plant isn’t an object, but that it’s alive.’ Femke even advertised on Facebook so that people would know she was there. ‘I worked a lot via Facebook, I had no hours of operation and people also didn’t just come around. I posted pictures of plants and then gave them to interested parties. In the beginning I would get those plants from the street, those were the first plants I had. Later, people knew better where to find me and also came to bring me the plants themselves, for all sorts of reasons.’ 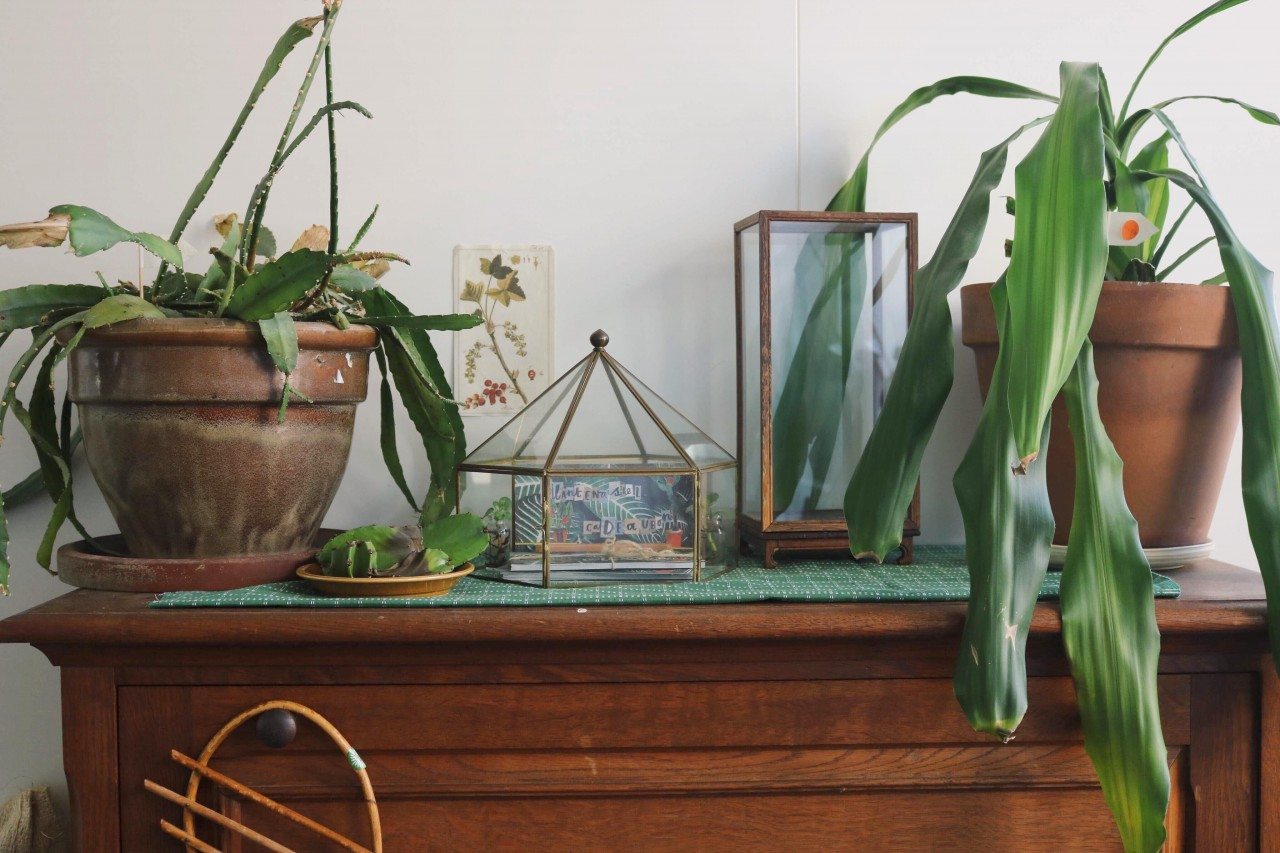 After a year, the Plant Asylum moved to the neighborhood center De Leeuw. ‘I wanted it to lower the barriers for people to come around. In the neighborhood center, I met Esther again; she had adopted a plant from my living room. We decided to shake hands and work together. Esther: ‘I also work for a second-hand shop. That fits well with the work that I do for the Plant Asylum. It’s important to me to stand for what you believe in. This work is a good fit for me, the way I think about sharing and re-use and not wasting things. Recently I bought a milk foamer after months of doubts, because I couldn’t find a good second-hand one. I doubted it so much because I really don’t like buying new things.’

The Plant Asylum is now located at LOU Oudenoord 330. They moved, because the asylum was getting so big. ‘We needed more room to accommodate more plants and take on bigger projects,’ Femke says. But where do all of these plants come from? Esther: ‘Most of the plants come from people, a small percentage from the street. In Amsterdam, people put stuff out on the street far more often. In a way I think that’s a shame, but it’s also a sort of give-and-take economy. The nicest things and plants in my house come from the street.

Femke: ‘If people come over to adopt a plant, we first ask them what they know about plants, and where they want to put the plant. We try to kind of gauge if that person is a good fit. You shouldn’t let someone without a green thumb adopt a plant that needs a lot of care. It doesn’t have to be perfect, but to increase the chance of success, for the plant but also for the person adopting it, we do find it important that you know something about your plant. There are no price cards on the plants, people give a voluntary donation. And then we use that to pay the rent and other costs.’ Esther: ‘It’s also just nice to talk about plants. Lots of people come along who know a lot about plants, so we also learn from them.’

Femke: ‘We don’t have the ambition of becoming really big. Even though we do big things. If you look at the number of plants that we’ve moved from A to B, then we’ve already done thousands of plants. We just like to keep the physical aspects cozy and personal. It would be nice if the Plant Asylum could become a name in Utrecht. Cozy but also serious and professional in what we do. We also find that important, and that’s the way we enjoy it the most.’ Esther: ‘And because money isn’t the driving factor, that gives us a huge sense of freedom. From a commercial perspective, maybe that isn’t so handy, but we’re not commercial people. Autonomy is important, so we can do it the way we want to: from our hearts. It’s a deep need that makes me happy internally. It’s the little things: raising awareness in people.’

‘We move almost every year. That’s sort of our tendency. We need more room so that we can accommodate more plants and take on bigger projects too.’

Other photo’s and video by: Nare Hovanisyan & Angelique Wilms

An atelier between the birds and the mulberry tree