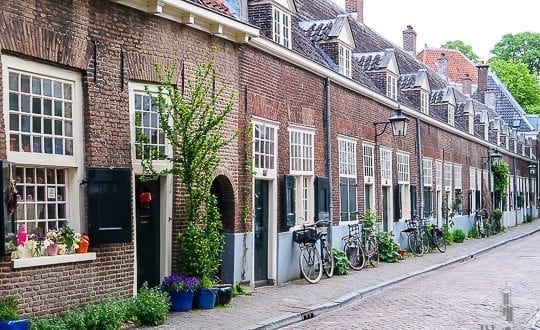 Discover the god chambers of Utrecht. The god’s chambers were founded by Catholics and Protestants for the poor people of the city. These small group houses often have a courtyard, which the residents can enjoy. We take you with us to discover these god’s chambers.

The word ‘God’s chambers’ (rooms) can be found in the verse of John, 14:2-3 – “My Father’s house has many rooms; if that were not so, would I (Christ) have told you that I am going there to prepare a place for you?” Shall the one who assigned the building of these rooms wish to secure their place in heaven? Does this sound familiar to you? Then it is time that we get to know how Utrecht was back in the 14th and 17th century.

The Brunts Chambers are beautiful example of God’s Rooms (see more details on this in our Brunts Chambers Mini Tour). God’s Chambers (rooms) is free accommodation, which are belonged to a group of properties “Om God’s Will” (As God wishes). This group was founded by Catholics and Protestants followers between 1375 and 1900, to enable provision of free accommodation for poor people (elderlies and families). These accomodations usually only have one room and an attic. Besides free accomodation, the tenants also received provisions, in the form of food, fuel and money.

At the corner of the Brunts Chambers are rooms belonged to Jan van Kampen. Jan van Kampen was a spiritual man who lived in the Schalkwijkstraat. He ordered 12 rooms to be built in his large property, and in his will he assigned them to the regents of the guesthouse Leeuwenberch, located just across the street. When the Nieuwe Kamp was built in 1645, two of these houses were broken down. In 1880, four more rooms were broken down as they were too damaged. Since year 1800 the rooms have changed owners twice, but today they become property of Utrecht municipality. The rooms are accommodated and taken care of by artists.

An actual man and woman

Located in the southern part of the city are the rooms owned by Maria van Pallaes. She insisted in the foundation letter written in 1662 that each house must accommodate “an actual man or woman, or two men or two women.” If one of the spouses passed away, then the one who was left behind must live with another person of the same gender. And if they get remarried then they will lose their rights to live there. The reasons Maria ordered the building of the houses are stated above the door of the main building: to get a place in heaven above all else.

Located in the corner are Beijers Chambers, founded by Adriaen Beijer. Personally, I find this one of the most beautiful place in the city, in the shadow of the Dom tower, right next to the St Agnes convent. These houses remain free housing, accomodated by elderlies who still don’t pay rent. They are a mixed company of both Catholic and Protestant followers. These houses have gone through quite significant renovation. This can be seen on the boughs above the window – it is used to be 25 cm smaller, but were then ‘modernized’ in 1700.

Across Maria van Pallaes’ chambers, there used to the Gronsvelt Chambers, built from the inheritance of Mr Johan van Gronsvelt 1642. But 100 years later the houses were sold to the Regents of the Ambachtskindhuis (children’s workhouse), on conditions that they will build six new rooms in St Nicolaaskerkhof (today is Nicolaasdwarsstraat). Reused through times, the initial building can be recognized from the facing tiles. In 1982, the Municipality of Utrecht renovated these houses and added a small extension at the back of the house. The dormers at the front side are also a modern addition, which somehow conceal the history of the houses.

At Springweg 110 and 130 bus, are the Mierops Chambers, built from the remnants of the older buildings. This explains the different breadth of the houses and the somewhat messy structure of the facade, made of used stones. In 1968 these houses become a property of Utrecht Monuments Funds, which between 1979 -1981 devised a restoration plan, to highlight as many as possible the traces of the original building site. Wish to learn more about this city’s history? Walk towards the Springweg or the Brandstaat. There are many more things to discover!

Tom is a historian, teacher, and group and public guide with a big passion for the history of Utrecht. Besides conducting historical research and guiding the public during discovery trips at Dom Under, he is also a blogger for Explore Utrecht, involved in Scouting as a mentor, and an avid runner. In his free time, he loves to grab a drink in one of the many cafés around Neude, and he enjoys looking for peace and quiet in one of the many squares and parks in and around the city.
Previous Sustainable shopping in Amersfoort | 3x shops
Next Tour Explore Utrecht | The story of Trijn van Leemput 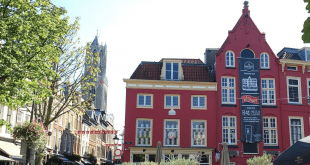 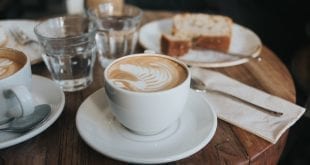 What to do in Utrecht on Sunday March 8 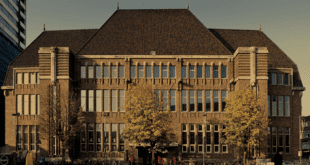 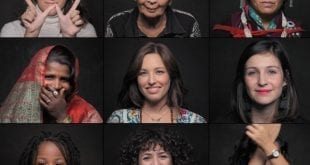 Weekend! Or are you celebrating holidays? Sore throat from the carnival? Wet your whistle, because …