The caryatides* of Winkel van Sinkel

There are no eyes able to miss the impressive picture they compose. I’m talking about that four iron women who support the weight of the Winkel van Sinkel building over their heads, while watching stoically the Oudegracht.

These iron quadruplets arrived to Utrecht from England in 1837. They had been built under the assignment of Peter Adams -the architect of the neoclassical store-, and its original function was to impressively welcome the visitors of Winkel van Sinkel, the very first shop gallery in the Netherlands. The four big girls were brought by boat to the basement of the building, just where the canal gets wider and the tunnel to Gazenmarkt opens its mouth.

The old crane of the city had been working in that spot since the Middle Ages, so it was supposed to unload the cargo, but things didn’t work as planned. The exceeding weight of the iron lady was too much for the historical crane, that collapsed while unloading her. In a few seconds, both (the crane and the just-arrived metal woman) were swimming into the dark waters of the canal. Of course, the big fail became fastly a mockery all around the city. But surprisingly, while the old crane had to be removed forever, the figure came out unscathed from the accident, so works could go on as planned. Finally, on the 6th of May of 1839, the store was opened officially to the public.

The Winkel van Sinkel closed as a store at the end of XIX century. Afterwards, it housed bank offices and, nowadays, a cool restaurant & bar. But the four caryatides remain as ever: undaunted, observing us. 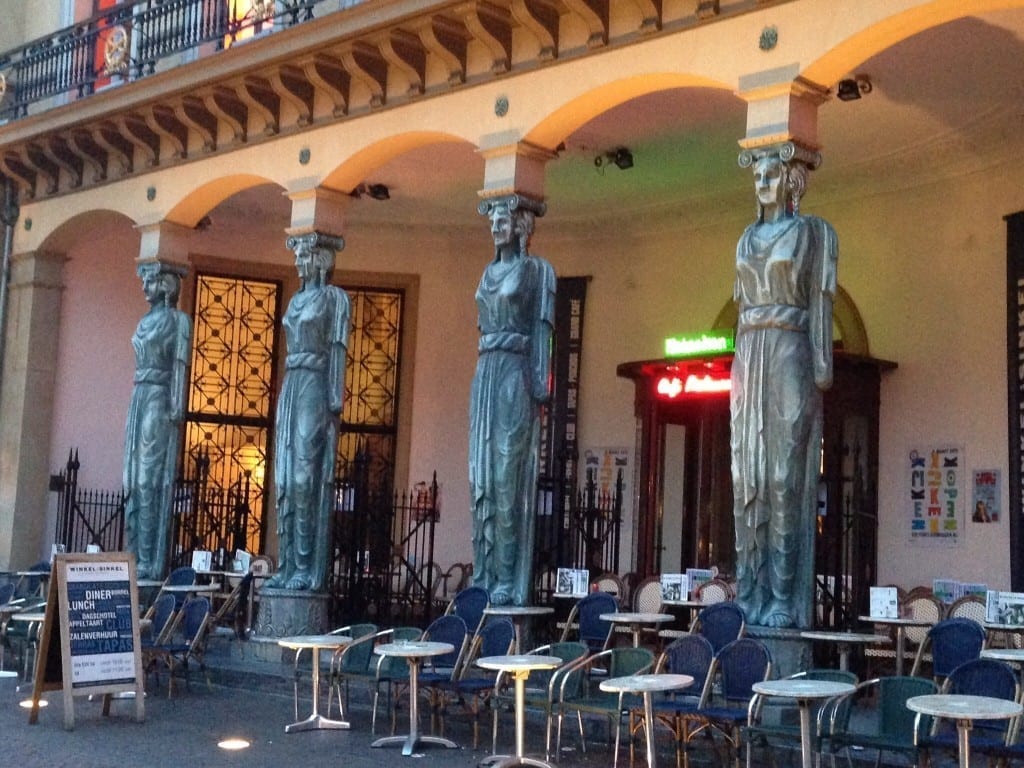 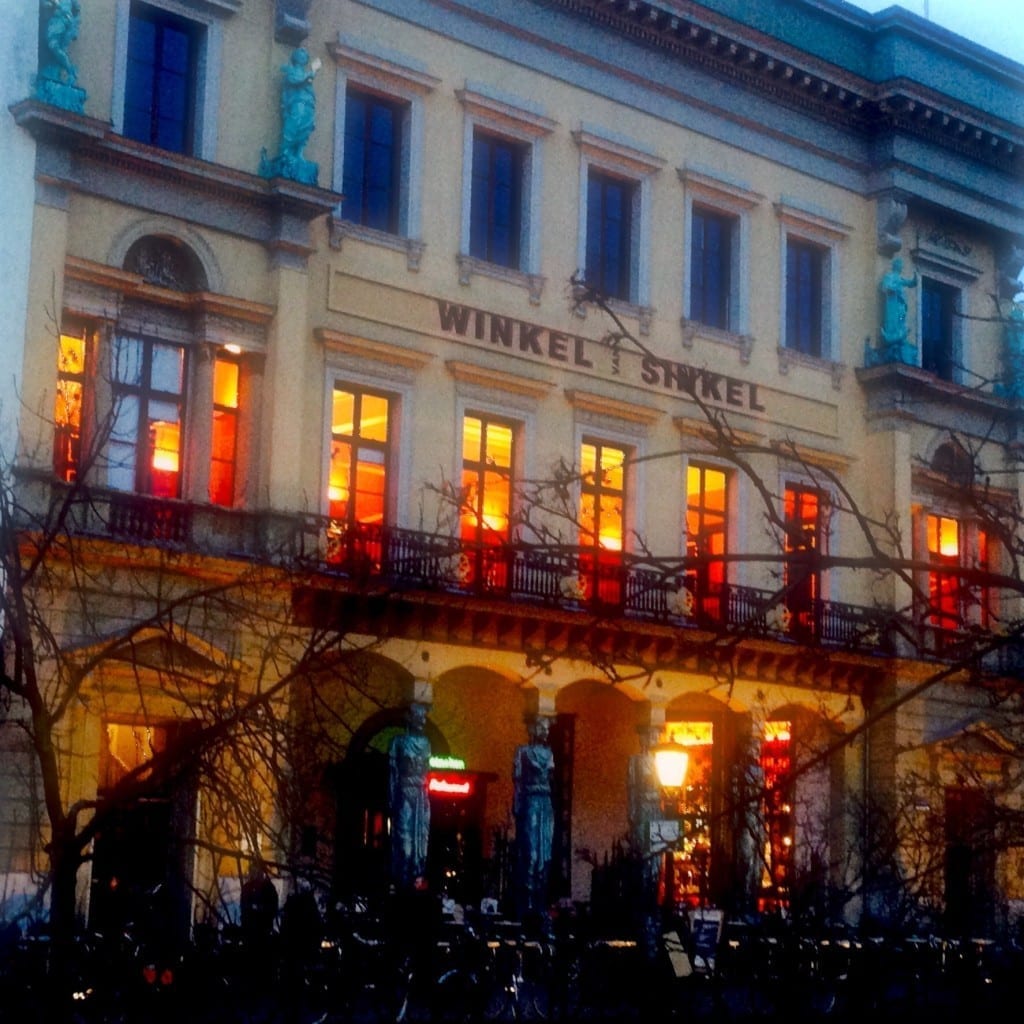 *Caryatide is the name of female figures used as supports. They were a popular architecture element in the Ancient Greek (the most known are the Erechtheion temple ones in Athens) and they reappeared during the neoclassicism.

Contribution by: Belén C. Díaz is a journalist from Barcelona now running her content development company in Utrecht (Loopingtheloop.com). In her free time, she collects Utrecht’s stories and transforms them into maps & posts on her blog www.meutrechtbarcelona.com. Belén loves cooking and discovering charming new places.