You can’t have missed it: the Netherlands is celebrating 2017 with an extensive and varied program: 100 Years of De Stijl. Also called ‘Mondriaan to Dutch Design’, special events, exhibitions, and activities are being organized across the entire country. There’s also lots to see and experience in Utrecht and Amersfoort. 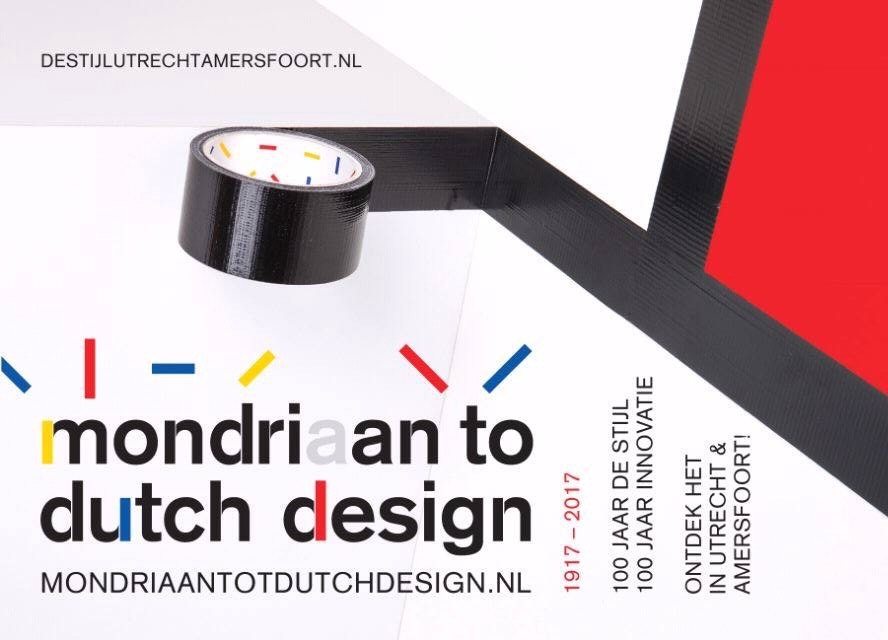 De Stijl is a Dutch art movement, named after the magazine by the same name, which was founded in 1917 by Theo van Doesburg. Besides Doesburg himself – who was a painter, poet, typographer, photographer, interior designer, and architect – Piet Mondriaan, Bart van der Leck, and Gerrit Rietveld were also important members of the movement, among others. They strove for a radical reformation of art that could keep up with the technical, scientific, and social changes in the world. This reformation consisted of the use of a minimal amount of colour (primary colours combined with black, white, and grey) and shapes that were as simple as possible.

Many of these artists’ works can also be seen in the province of Utrecht. For example, the Utrecht architect and designer Gerrit Rietveld, who died in 1964, left behind the gorgeous Rietveld Schröderhuis on Prins Hendriklaan, as an icon of Utrecht. This architectural masterpiece has since then been added to UNESCO’s World Heritage Sites list. The home was commissioned by Truus Schröder in 1924 and aims at the ideals of De Stijl. Not only the exterior but also the interior and the furniture carry the movement’s signature. But Rietveld’s legacy is much larger, and includes both high-profile architecture and experimental furniture and graphics.

In honour of the 100th anniversary of De Stijl, 2017 has been deemed the theme year of ‘Mondriaan to Dutch Design’, and special events, exhibitions, and activities are being organized across the whole country. In Utrecht and Amersfoort as well, there’s an extensive program with activities that you really can’t miss. Exhibitions, cycling routes, tours, walks, workshops, and even a concert. There’s too much to list it all, so check out www.destijlutrechtamersfoort.nl.

A few activities that will take place during the year of De Stijl:
1. Visit the Rietveld Schröderhuis
2. Exibition ‘Rietvelds Meesterwerken‘ at the Centraal Museum
3. Tours bij aorta
4. Rietveld at Slot Zuylen

It’ll be a year not to miss! Enjoy…

Picture’s of the exhibition at the Centraal Museum by Susanne Sterkenburg.