On the west side of Utrecht we have Lombok district. In the last few years small coffee bars and eateries have been popping up throughout this neighborhood. Since a few months we have a ‘Shopping mall’ as well! At the other side of the Merwede canal there is the recently renovated Cereol factory, which officially opened last summer. In this old factory there is restaurant Buurten in de fabriek, which is an real addition to the Oog in Al district. Although there are enough coffee and dine spots in Lombok, I just missed one more in Oog in Al. A place where you can sit cozy and sip warm tea while enjoying a tart or sandwich. Until last November…

Since November Oog in Al has a new hotspot; Carla’s Conditorie & Eetbar! It is Carla’s 2nd establishment. The first lunchroom is behind to the Dom of Utrecht. Where I love to go after shopping. I love their home made carrotcake! Yum yum. After the news of the crowdfunding for a second Carla’s, the new establishment was a fact. I went to Carla’s during the first opening week.

Carla’s Conditorie & Eetbar bar is located at the Handel Street in the small shopping mall of Oog in Al. The new Carla’s compared to the location next to the Dom is more spacious. Though it does not affect the cosy atmosphere. It still feels cozy and vintage furnishings makes the whole look and feel complete. The menu and ambiance are slightly different, than other restaurants in the area. Carla’s Conditorie is Swedish oriented and is known for the delicious homemade cakes, tarts and swedish Smorgas, Tönbrodsrulle, verlorenbrood and smushi.

When I visited Carla’s Eetbar I (of course) ordered my favorite Carrot cake and a black coffee. And I recommend both! In the meantime I could not resist tasting the verloren brood which my boyfriend had ordered. Verloren brood is a Swedish tradition. It is a loaf of bread made of ingredients a bakery could not use for or sell the next day. As result the recipe of the bread varies from day to day. We had verloren bread with banana; maybe when you visit it will be with mango? It’s tasty, but heavy. I do not recommend it before your lunch. Though you could have it instead of lunch.

At both Carla’s you can have breakfast, lunch, high tea but at the Eetbar you can have dinner as well. Its called ‘Wat de pot schaft’! Or in English; take potluck. On the weekdays, except Wednesday, you can enjoy a Swedish bite. On Wednesdays there is a guest chef whom cooks Mexican, Moroccan or just Dutch. It depends on the chef! The guest chef is different every time and Carla’s team selects a new chef each week. So if you are into cooking you can also have a go and cook for about 30 guests. It will be like having your own restaurant for an evening. If you are up for the challenge you can enroll on their website.

If you are in the neighborhood just stop by and try one of the many delicious homemade snacks by Carla. Carla’s Conditorie is definitely worth a visit!

Contribution by Samantha Wicht of Taste with Sam 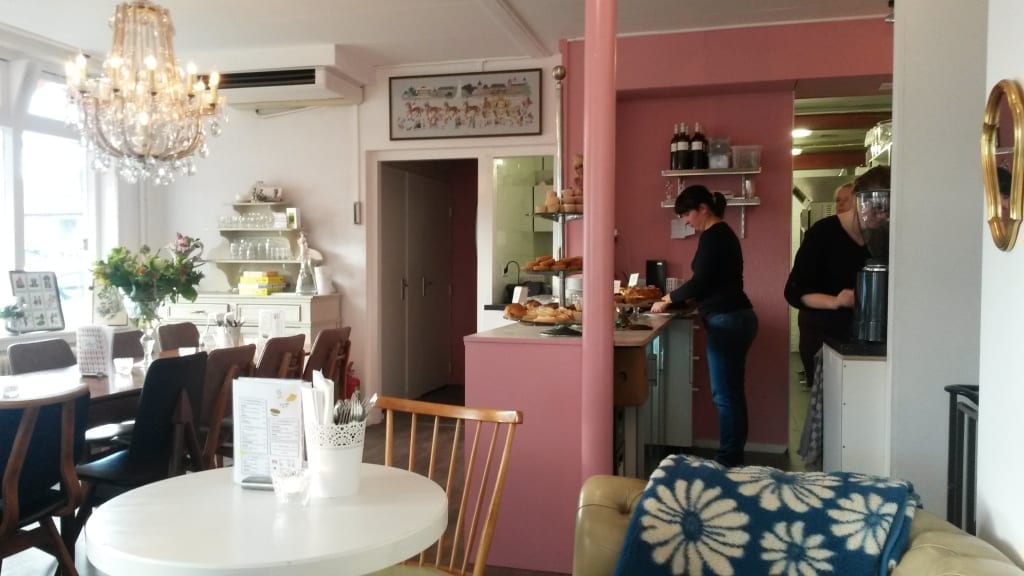 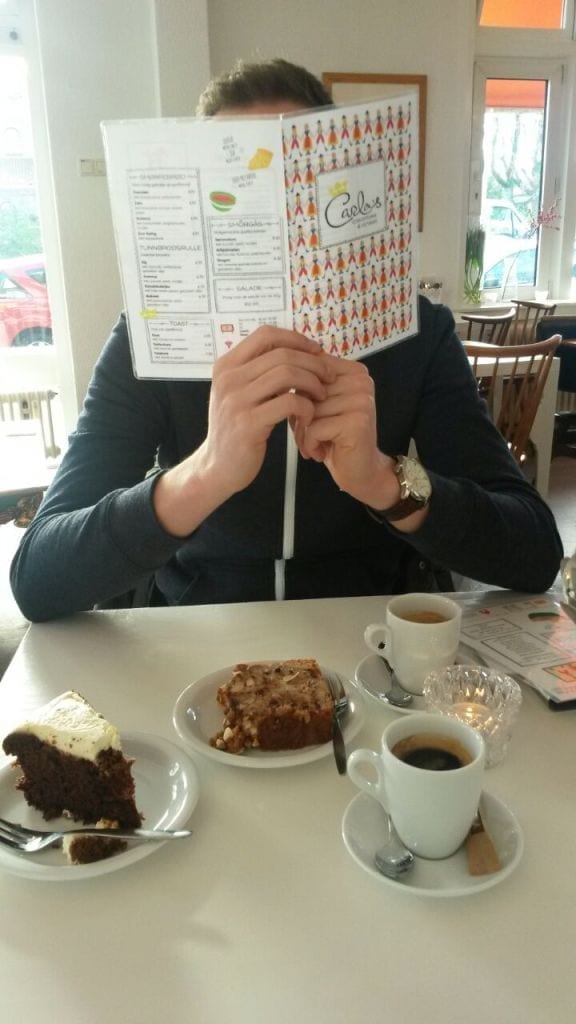