Beer at brewpub by Oproer Brewery

Oproer Brewery is not your typical cafe around the corner, it’s surely worth the bike ride to get there. Since January, the Utrecht breweries Ruig and Rooie Dop joined forces and continued under a new name, which is now Oproer Brouwerij. The venture was also the reason to start something new and bigger, so they decided to start a vegan restaurant to compliment the brewery.

Beers straight out of the boilers
Oproer is located in the large hall of NUtrecht, and neighbors the music walhalla db’s. Inside you will see large shiny boilers where the men brew their own beer (unfortunately this is only done by men with impressive beards. I wonder when women will start to mashing). The interior is raw and funky, just like some of the guests. The beers come straight out of the boilers but there is also different kinds of beers – from far way places – on tab. For the enthusiast they also have a few fine bottles of Gin.

Go vegan!
Drinking beer will give you an appetite, and that must have been the thought of the owners. The vegan restaurant offers tasty fish & chips or a hamburger, without the ham. If you are not careful you just might like it so much that you will go vegan more often.

Oproer isn’t located near the city center but that doesn’t mean yo can’t drop by for a look and of course to taste one of their beers. Zuilen train station is nearby, you can spot it from the window sitting at Oproer. 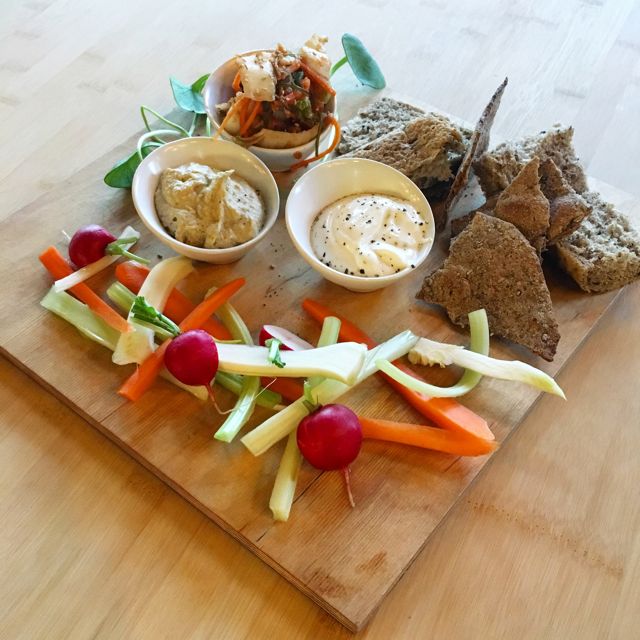