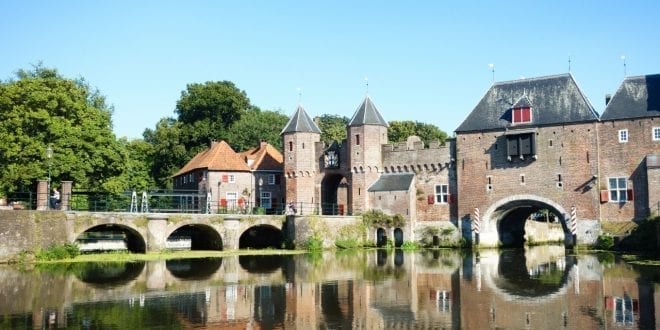 Welcome to the city walk in Amersfoort! I’ll tell more about the tour with pictures and stories that I have been told by the city guide. Have you visited Amersfoort yet? No, then it might be time to get acquainted with Amersfoort and especially the city during the middle ages. I hear so many positive stories about Amersfoort that I found myself obliged to explore the city. And so on a gray Thursday morning during the autumn holiday I joined a guided tour that started at 11.30 at the feet at the Onze-Lieve-Vrouwetoren.

Explore Amersfoort – The road to the Koppelpoort

“Note! Amersfoort has lots of narrow streets and the city is not car-free. Good afternoon, I am Anneke, your guide for today. I am working for the Guild Amersfoort which is a group of about 70 volunteers that do city walks in Amersfoort. We are with a large group, about 30 people, so try to listen carefully. The tour takes about an hour and a half in which I will show you the highlights of Amersfoort. ” 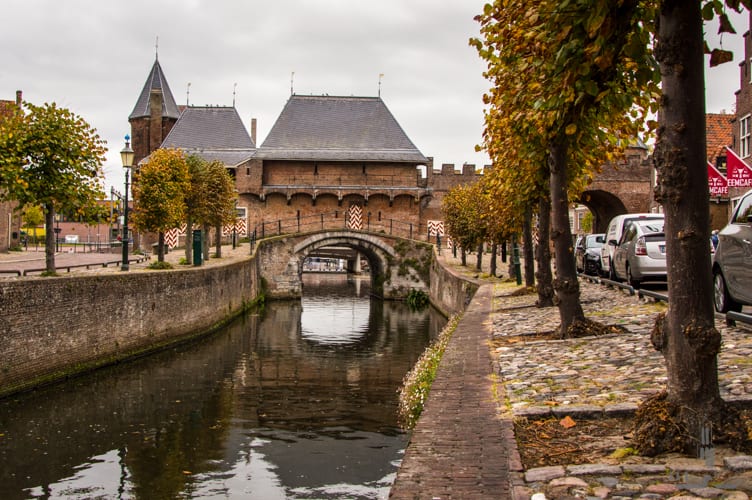 Just like Utrecht, Amersfoort is known for its medieval character and the beautiful canals. What the two cities also have in common is a high church tower. Utrecht has the Dom Tower and in Amersfoort we have the Onze-Lieve-Vrouwetoren. Also known as  the ‘Lange Jan’. The Amersfoort Tower is the third highest church tower in the Netherlands and is the geographical center of Netherlands. Anneke kicks the tour off with the story about ‘ the Amersfoort Mirakel, that made the city famous in the old days.

It was Geertje Arends who in 1444 was traveling from Nijkerk to Amersfoort to make her entry into the monastery. Her parents gave a statue of Mary, but she found it so ugly that she threw the statue in the canal on her way to the monastery. After this, housemaid Margriet Albert Gijsen had a vision, three times in succession, in which she was told to go to that place because she would find something special. A few days later Margriet chopped the statue of Mary from the frozen canal and put the statue in her home.

She burned a candle by the statue and that candle burned for so long that it was seen as a miracle. The statuette was brought to the Onze Lieve Vrouwekapel and Amersfoort became the most important Dutch pilgrimage site above the rivers. With the money that the pilgrims brought in, the Onze Lieve Vrouwetoren was built. The tower was built separately from the church which was good afterwards. The church was also used as a storage place for ammunition and collapsed in 1878 as a result of an explosion.

We leave the Tower behind us as we continue our way from the first city wall to second city wall. Amersfoort got city rights on 12 June 1259 and the first stone wall was built around 1300 to protect the city. The number of inhabitants of Amersfoort, however, grew so hard that they needed to build a second wall fast. The first city wall was demolished and the stones and the Foundation of the wall were used for the construction of houses. These houses can still be found in the city center. One of those wall houses is the Tinnenburg house,  where the water-gate to the side wall can still be seen.

Seven entrance gates were built during the construction of the second city wall. One of these gates still exists and can be found on the northwest side of the city: the Koppelpoort. In the past, the city gate had to be opened and closed daily to protect the city. The gate could be set in motion by means of a treadmill. This beautiful task was performed by twelve prisoners, who were called the ‘wheel turners’. The men had to walk in a large wooden wheel at the same pace to get the gate moving. It was not a harmless job; when one man got out of step, he ran the risk of falling and dragging the rest of the wheel turners. Guests are allowed enter the treadmill and try to operate is to this day. Afterwards they receive the ‘wheel turner’ diploma.

We end the tour on the famous square de Hof. The square owes its liveliness to the Utrecht bishop Henrik van Vianden, who gave the City of Amersfoort cityrights in 1259. As a result, the square became the center of the city of Amersfoort and that is still the case to this day. On Saturdays the weekly market of Amersfoort can be found on the Hof and together with the Onze Lieve Vrouwekerkhof the square is the restaurant and café hub of the city. There are also festivals such as ‘Proef Amersfoort’ which are organized annually and held at the Hof since 1996.

After this tour you might get thirsty or even hungry!  And if that might be the case, you find yourself at the best location on the Hof. Here you will find a lot of restaurants and cafes where you can rest and put your feet up. After the city walk I went off to see the home of Piet Mondriaan which has been converted into a museum called ‘Het Mondriaanhuis’. In addition to the geometric-abstract work that Mondrian is known for, you can also admire his earlier work. You can read my blog about my visit to the Mondriaanhuis soon. 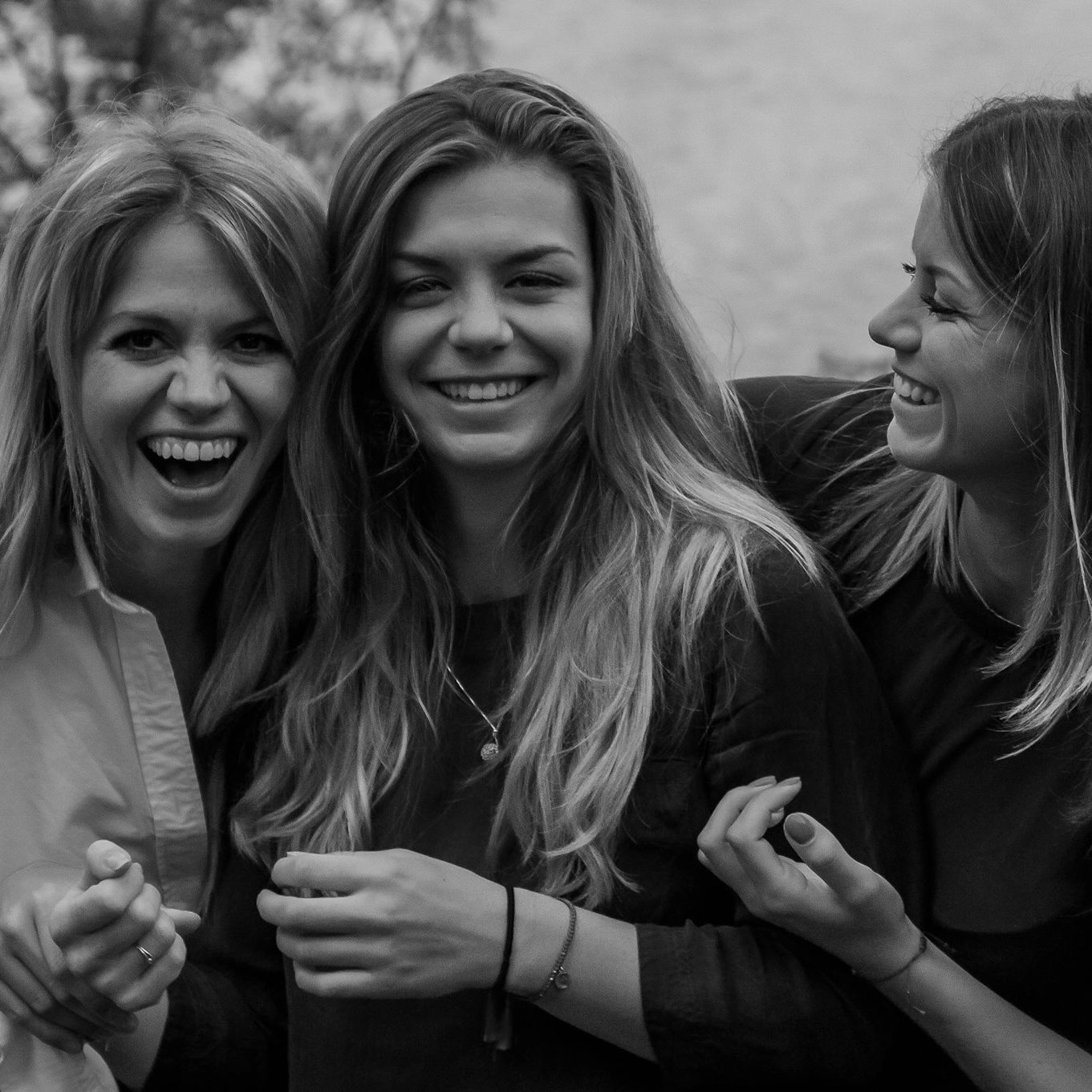 Sharmaine is a freelance journalist, writer and photographer with a great passion for Utrecht. Raised in the Burgundian Zeeuws-Vlaanderen where she worked for years in the hospitality industry. Went to the hotel school in Bruges and then went to the beautiful Austria to live and work. After two years it was time for another country and so she left for Australia with her boyfriend. There, Sharmaine discovered her love for photography and decided to further develop this at the University for Journalism in Utrecht. During her studies she got to know the city better and became interested in the rich history of Utrecht. She has been living in the center for 5 years. She prefers to search for unusual shops, boutiques and restaurants that few people know.
Follow us

Welcome to my digital best of Utrecht list! This is my way of sharing the best of Utrecht with locals, expats and tourists. Discovering new places, having dinner with friends and wandering the streets of Utrecht in search of a unique find is what I love. The City Experts and I share a passion for Utrecht and hope you fall in love with this city as well. Come and explore the city with us and enjoy the ultimate Utrecht experience. Collaborations, tips or suggestions email me on [email protected] and we will be in-touch.
@Style030
Previous 6 restaurants for a long & leisurely lunch in Utrecht
Next Relaxed & zen for the holidays 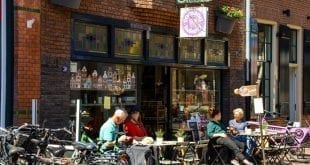 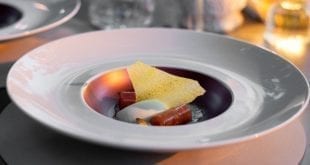 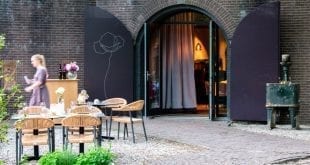 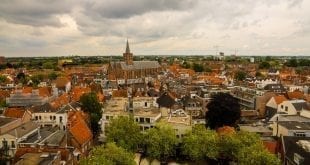 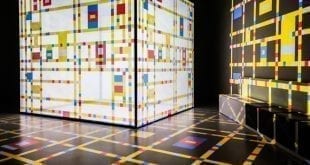 The Mondriaan House is to Amersfoort what the Van Gogh Museum is to Amsterdam. This …