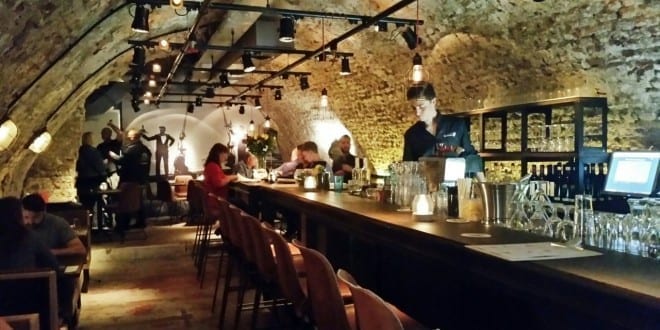 A little piece of New York at the Oudegracht

This establishment has been serving the people of Utrecht for more than 25 years. The reputation of the restaurant, being the best spot for steaks and ribs, carries far beyond the borders of Utrecht. Tourists and visitors are sure to stop by to enjoy a real American meal. Broadway has a prime location, situated at the Oudegracht in the unique wharves of the city. This year Broadway was refurbished, within two weeks the owners and staff transformed an old-fashioned American diner into a stylish restaurant with a glamourous but tough interior.

Seeing the old pics of the restaurant I can say that they’ve done a serious job on the decor! Paintings of American movie stars and skylines on the bare brick walls, industrial lamps hang from the ceiling to add illumination to the restaurant’s dim lighting. The red sprinklers give a real subtle American touch to the decor. And the sofa made from old jeans, collected from staff and guests, is a fun feature. The new bar is the centrepiece of the restaurant, where you can also sit to have a drink and a starter. As a keepsake a part of an old mural is left on the main wall. Wooden tables and leather chairs fill up the space. The glamourous feel is highlighted by the red chairs at the large table at the back of the restaurant. It all came together wonderfully!

The crowd? During my visit I couldn’t typecast the guests at all. It ranges from people enjoying a casual meal with friends, businessmen or a couple out on date night to a group of students. That is the charm of being located at the Oudegracht.

Steak and ribs at its finest in Utrecht

When hunting for ribs, American Steakhouse Broadway is the first name off the tongue. But how come I never visited the restaurant before? Probably because it’s located on the Oudegracht and I usually don’t dine along the canals. I tend to avoid the Oudegracht for dinner and sneak into an ally for some affordable and fine dining. But things are starting to change and the Oudegracht now has my full attention.

What’s on the menu? Well, loads, besides steaks and ribs you will find fish, salads, side dishes and desserts. To start I had the snack platter of small babyribs, chicken and dip. The starter was spot on! The ribs were very tender and tasty. And the chicken was nice and crisp, exactly the way I like my chicken cooked. More liked served since I can never get my chicken as crisp when cooking at home.

For mains I went for the tenderloin with greens and baked potato. I have learned to always ask for my meat to be medium grilled instead of well-done. Even though well-done has my preference because medium at some restaurant means raw and I end up sending it back to the kitchen. This didn’t happen on the lovely and sunny evening I went out to dinner with a friend at Broadway. With the first cut into the meat you could tell it was moist inside. The tenderloin was full of flavour and extra nice with the herb sauce. Unfortunately I had to pass on dessert because of the generous portions of the starter and main.

Also I didn’t order one of the cocktails, especially created by the cocktail professor for Broadway, which I heard so much about. I couldn’t have handled it due to the heatwave. Must say I was pretty bummed out, but now I have an excuse to visit Broadway again. Not that I needed one next to the tasty tender and prime ribs.

Welcome to my digital best of Utrecht list! This is my way of sharing the best of Utrecht with locals, expats and tourists. Discovering new places, having dinner with friends and wandering the streets of Utrecht in search of a unique find is what I love. The City Experts and I share a passion for Utrecht and hope you fall in love with this city as well. Come and explore the city with us and enjoy the ultimate Utrecht experience. Collaborations, tips or suggestions email me on [email protected] and we will be in-touch.
@Style030
Previous Get out of breath at the Buiten Adem Festival
Next A Surprising Dinner at De Klub | Europalaan 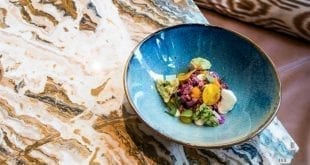 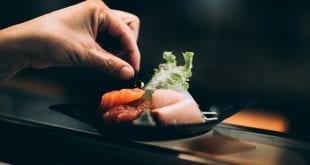 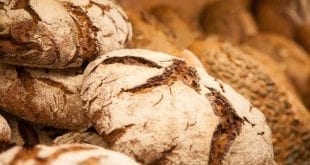 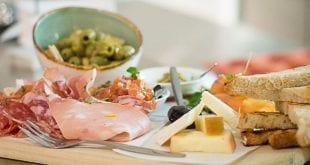 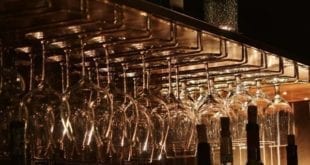 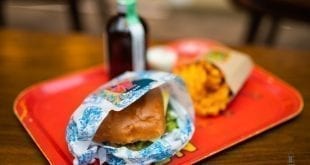 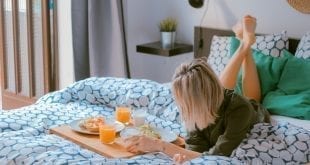