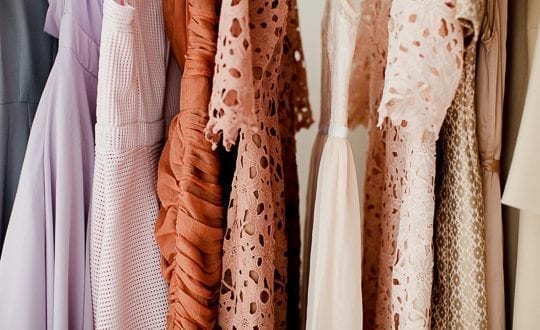 46 Dresses an Initiative started in Utrecht

A few years ago, Margo (32) was on the hunt for meaning. She wanted to make a difference for someone, or actually, for as many people as possible. Read about how she fulfilled this wish in a beautiful way with an extraordinary initiative.

‘Being good comes from a mixture of words and love’

‘I was always big on female empowerment, which by the way is really an umbrella term, but anyway. I love it when women encourage each other. A crucial moment occurred during a party. I got to talking with a woman who told me that she was living from month to month. No extras, and once in a while she had to borrow money. She didn’t feel like a woman, she told me.  She never had money to buy anything nice for herself. When I got home, I looked in my own closet. I had so many dresses – why not give her something? I did that, and her reaction ensured that I started to do it increasingly often. So I kept giving away dresses, but ultimately I realized that I could also do it differently. I came up with a way to help a lot more women: if I rented out the dresses and asked for a fee, after 10 rented dresses I could buy a brand-new dress and shoes for a woman in financial need. And the rest is history.’

‘The ball started rolling quickly from that moment on. The best stylists and photographers wanted to help me. I wanted royal pictures, because women should feel like queens when they wear a dress. I was approached by RTV Utrecht, AD, SBS6. I’m often asked in interviews about expanding. Of course, I’d really like that, but I depend on donations. Before I can move to a bigger space, I’ll have to crowdfund a year’s worth of rent.’

‘In the meantime, we’re getting bigger and we can offer women more and more. We already have a couple hundred dresses, brands, and women donate their dresses, which I think is wonderful. I’m moved when a woman says, “I haven’t held something new in so long.” I don’t just believe in the physical gesture; being good comes from a mixture of words and love. It’s not about money at 46dresses. Making an impact is number 1. Quality over quantity. I’ve also noticed that the team members I work with get inspired. The photographers do a lot of commercial things, but they also want to do something meaningful. And the women who donate dresses say, “I have such a busy life, but in this way I can give something back.” I think that balance is so beautiful, the second-hand dresses go to the rich, while the brand-new dresses go to the women in need.’

‘I was asked if I could be filmed while I gave away a dress. I initially hesitated, those women are often vulnerable and that moment is very intimate. But one woman really wanted to cooperate. She said, “I used to want to hide myself, under the covers with a big sweater as black as possible.” She had disqualified herself, suffered from a burn-out. As a successful woman, she did a lot of public speaking on stage. Then she got that beautiful dress and looked at herself in the mirror. “I see myself standing on stage again,” she said. That moment will stay with me forever.’

‘In the future, I’d like to get a bigger location. I’m not taking any dress-donations at the moment, simply because we’ve got an unusually large amount of dresses right now. The website isn’t live yet, we’re working on it. I’d also one day like a web shop where people can look at the dresses and rent them. But it would have to be pretty. Yeah, I’m definitely a perfectionist. I think it’s important to deliver quality. But women who support each other, that’s what I find the most important. And the most beautiful. I’ve found my meaning, you could definitely say that.’

Welcome to my digital best of Utrecht list! This is my way of sharing the best of Utrecht with locals, expats and tourists. Discovering new places, having dinner with friends and wandering the streets of Utrecht in search of a unique find is what I love. The City Experts and I share a passion for Utrecht and hope you fall in love with this city as well. Come and explore the city with us and enjoy the ultimate Utrecht experience. Collaborations, tips or suggestions email me on [email protected] and we will be in-touch.
@Style030
Previous Bring your own to Utrecht cafés
Next An atelier between the birds and the mulberry tree 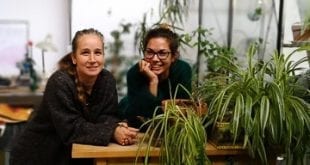 An atelier between the birds and the mulberry tree 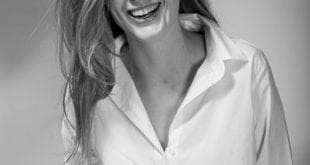 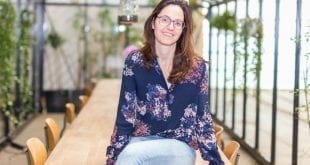 The favourites of… Krista

The rich history, the old buildings and the canals give Utrecht an atmosphere that you …